I still remember it like it was yesterday. It was the year 2013 and during the time, I was a fan of Lumia phones, due to its Live Tiles and fluid operating system. There were two models released, the Lumia 820 and the 920, latter being the superior of the two. I decided to buy an 820 as I thought the device was more than enough for my needs. And by a set of unprecedented and unrelated events I ended up getting the 920.

The phone is a bit heavy but right for my hands and how I like it. I have used this phone for nearly everything. Streaming shows via Plex, casting photos on the big screen, playing games, editing documents and photos, making code commits, and the one task I have used it extensively for is taking pictures. Photo below can describe what I actually mean.

As evident by the numbers, I have clicked around 6400 pictures and these are without considering the ones I have deleted. So over the span of 3+ years, it comes to around 8650+ pictures, with the deleted ones as can be seen from the screen shot below of the local backup of pictures. The photos resulted have been brilliant, to say the least. You can check a few of the pictures on my instagram. 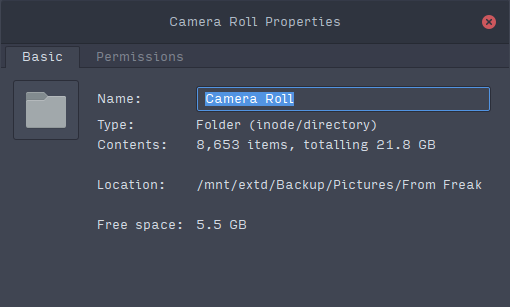 Things the phone has gone through and has survived

So what happened to the device?

It's just another normal day with no issues with the phone when I notice red lines in the middle of the screen. I disregard it with the thought that it might be the wallpaper until I notice it again later in the day. I reboot the device and the lines are gone. So I just ignore it. It's night and I go to sleep and wake up the next morning and was greeted by a screen with rainbow lines. I can hear the sound of calls and texts but no idea who it is or what the content is. After a few restarts even the rainbow lines disappeared and only a blank screen remained. Tried a hard reset too and still no dice. So I take it to Microsoft Care and they say it should take a day to check after they open the phone apart. After a day they call me and inform that the only option is to change the display with the touch panel which would cost me around 15-16k INR. I jokingly request the person not to fix it and would rather purchase a new phone. And I collect my phone back and now it lies on my table as a paperweight.

Suggestions for a new phone?

And now I want to try an Android device with battery to get me through the day and durability to hold me for a minimum of 2 years. Unless there are good phones in Android then I would go with Windows Mobile. I currently have the following phones in mind:

What do you guys think? If you have any suggestions do comment below.